The new Marvel Snap season, Heroes for Hire, launched yesterday, and Second Dinner certainly did not waste the time to boost the next round of balances and updates for the current card collection. There are a couple of important things to consider: first, Jane Foster is now available for free for all players. If you created your account after the patch, you will have the opportunity to obtain it in the reserves and collector caches of Group 3. In addition to that, if she spent any amount of gold in the Nexus events, it will be completely refunded.

Secondly, Wave is now also available on the track of the Pool 3. It was the outstanding letter in the first season of the game, Atlantis Beach Club, and quickly proved to be a fairly critical piece in the ramp decks. If you are in Group 3, you will also have the opportunity to obtain it through caches and reservations.

Apart from that, Second Dinner has also issued a round of nerfs and buffs for several cards. This time, discarding and collection mallets have been quite affected. Hell Cow is now a 4/6 letter, Colleen Wing is now 2/4 and Sword Master is now 3/6. The power values of the last two letters no longer seem as incredibly high as before, and now it will also be a bit more difficult to use Hell Cow.

Nakia has also been attacked. In the previous patch, Okoye went to a 2/2 letter that gave +1 to the deck, and this time, Nakia has been nerfted so that only two letters in his +2 hand of power instead of all of hand. Here are the changes:

Collector * (Old: 2/0 when a letter enters your hand from anywhere (except your deck), +2 power). New: 2/1 When a letter enters your hand from anywhere (except your deck), +1 of power. Developer comment: The collector's ability to gain power quickly on many decks is too out of control, especially at its cost. We are stopping it with an adjustment to his power gain potential. Ala Colleen [3/5]-> [2/4] Developer comment: Colleen Wing has improved to keep the energy curve of the letters discounted with Hellcow now in 4 energy. Hell cow [2/6]-> [4/6] Developer comment: Hellcow is clearly a very strong letter, so when we consider in what direction its change, we decided to adjust the curve of the discard effects and how we cost them. Discarding two now is clearly a beneficial effect, so we have moved the effect of discarding multiple from Hellcow to 4-cost to weaken it. Subsequently, we will also improve Sword Master and Colleen Wing at 3-Cost and 2-Cost respectively to keep our card discard curve and help both. * Pin Rey (Old: Reveal: In the next turn, destroy the letters that move here).

New: When a letter moves here in turn 6, destroy it. Developer comment: We believe that this Kingpin update will make its functionality clearer and will give players more flexibility about when playing it to capitalize on their reward. lizard * [2/4]-> [2/5] Developer comment: Lizard's performance was extremely weak, so we are giving him additional power to help him. Nakia (Antigu New-Reveal: Give 2 cards in your hand +2 Power Developer comment: Nakia had the potential to provide large amounts of power that players could play reliably using low-cost letters. We are reducing the amount of letters that she will improve to maintain this ability under control. Rescue (Ancient-5/5 When revealing: If you play a letter here the next turn, +5 power). New-4/4 When revealing: If you play a letter here the next turn, +5 of power. Developer comment: The rescue performance is very weak at this time, so we are adjusting it to 4 cost and 4 base power to make it more competitive. * Sword Master [4/7]-> [3/6] Developer comment: Sword Master has improved to keep the energy curve of the letters discounted with Hellcow now in 4 Energy. 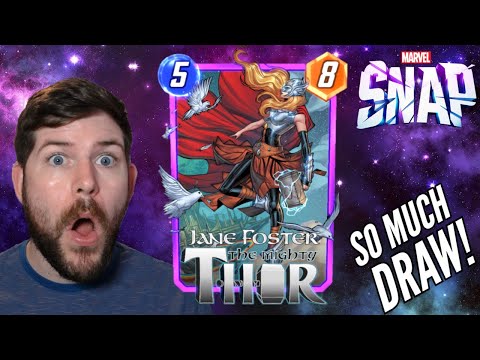